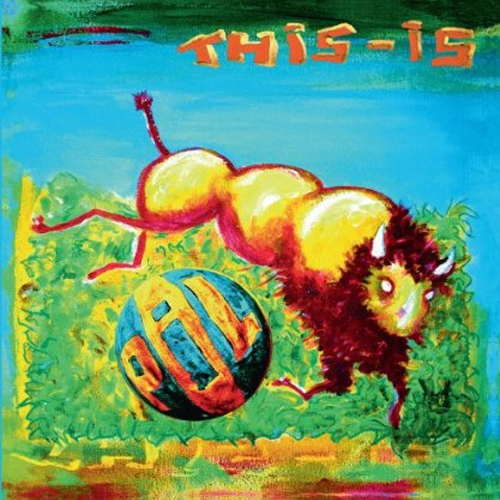 After a twenty year hiatus, PiL (Public Image Limited) are back with a brand new studio album.  It is the tenth from the band and the first since 1992’s That What Is Not.  Most of you will be familiar with front man John Lydon (aka Johnny Rotten) from his very short stint in seminal British punks The Sex Pistols.  Lydon formed PiL with Keith Levene and Jah Wobble in 1978 and the band’s sound was a dramatic change from that of the ‘Pistols, being much more stark and new wave oriented.

This is PiL was produced by the band themselves and released on their own label.  Messrs Levene and Wobble are not present on this release, their shoes being filled by Lu Edmonds, Bruce Smith and Scott Firth.  In any case, Lydon IS PiL for all intents and purposes, the project being very much his brainchild.

Kicking off with the title track, Lydon croaks “Lucky you!” and continues to remind us we are in a “PiL zone” throughout this rather unsettling track.  This album is not too far removed from the band’s previous works albeit with better production values.  It’s a post punk/new wave work that sounds a little out of place circa 2012.  Lydon’s vocals are pretty good for the most part and he can undoubtedly sing quite well when the urge takes him.  Unfortunately the urge doesn’t take him all that often on this disc and he warbles and shouts obtuse, rather unimaginative lyrics that are bereft of any immediately obvious meanings at us.  Research of the lyrical content nets slightly more focus, but lyrics such as “I am John and I am from London”, “It said what? What did it said?” and “This is the room I am in.” don’t exactly ooze poetic creativity.

The music is stark and grey and its bleakness embodies depressing English life quite effectively.  The arrangements are sparse, the chords and melodies bitter and there is an aura of  helplessness about the entire work.  It’s quite a spacious record in terms of production and composition, it’s not terribly busy and the songs lurch along with a sort of plodding, morose relentlessness that give the album a  desolate continuity of sorts.

In case you hadn’t guessed, this is not a happy record “The Room I Am In” and “Terra-gate” in particular are frightening depictions of someone desperately hanging on to sanity by their fingernails.  The problem I have with this record, despite the obvious sincerity, is that it’s really quite boring at times.  Sure it’s bleak and depressing and all that but some of the tracks drag along for too long in a somewhat restrained and spartan fashion.  Lydon’s vocals begin to grate after a while too, “Lollipop Opera” is just plain fucking annoying and should have been left off the album.

The undoubted highlight of this disc is “Reggie’s Song” which is about a former associate of  Lydon’s and it provides a welcome respite from the grim atmosphere of the rest of the album, featuring some great vocal harmonies and a really uplifting and soaring chorus.  “The Room I Am In” and “It Said What?” are also very good tracks albeit possessing the ubiquitous grimness inherent in the majority of the record.

It’s just a little too plain for my tastes and to me, it sounds fairly outdated by today’s standards.  Whether you interpret it as being “retro” or “nostalgic” is a matter of perception I guess, but I found it to be somewhat uninspiring and bland.   There are moments that make it worth listening to however and I don’t think it’s a poor album as such, but I won’t be revisiting it anytime soon.