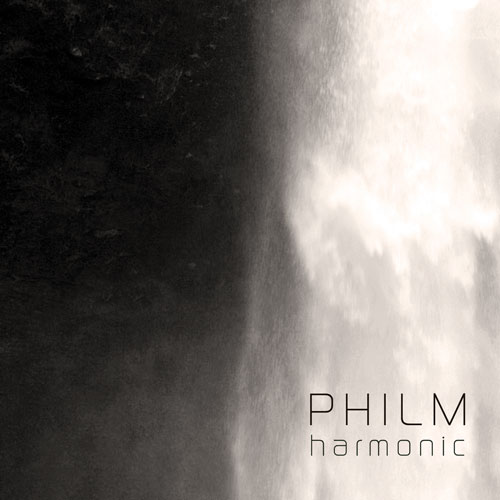 I have to admit that this was one of my most anticipated new release of 2012 so far.  The debut album from Philm, a supergroup (although I don’t really like the term) of sorts featuring Dave Lombardo (Slayer, Grip Inc., Fantomas) on drums, Francisco “Pancho” Tomaselli (War) on bass and piano and Gerry Nestler (Civil Defiance) on guitar, vocals and piano.

On paper at least, it has a touch of Them Crooked Vultures about it;  Bass player in legendary rock band teaming up with highly regarded contemporary drummer and guitarist/singer.  Ostensibly setting out to “re-invent the power trio” this album was recorded at a combination of North Hollywood artist Paula Willigar’s home, Krillion Sound studio and NRG studios.  It was produced by Lombardo himself and this just adds to the anticipation of what this record might sonically contain.

From the frantic opening strains of “Vitriolize” it’s clear that this is to be anything but an easy listen, and frankly I wouldn’t have expected anything less.  It’s a great, hard and fast opening track that sets the scene for the rest of the album and cheekily hints at the sublime eclecticism to come.  The first few tracks are crunchy riff based affairs that draw comparison to the best moments of Helmet or The Mark Of Cain.  Note, I say the “best” moments and early tracks “Mitch”, “Hun” and “Area” are certainly not derivative of the aforementioned and bristle with a heavy yet melodic energy.  At this early stage, it is clear that the trio are right on top of things musically.  Of course you would expect this of Lombardo but the lesser known Nestler and Tomaselli prove themselves to be just as effective with Nestler in particular showing a great ability to creatively riff and solo with a combination of aggression and tastefulness.  His vocals are also similarly impressive with him being able to produce blood curdling screams offset by clean and clear melodic lines.

Things start to get a little different by the fifth track “Way Down”.  A frightening, brooding track that sounds akin to early Led Zeppelin being hog tied and dragged through a Morricone spaghetti western soundtrack!  If that description sounds comical, the song is anything but.  The guitar tone on this song is to die for. Gloriously ethereal and dirty it showcases Nestler’s fantastic versatility as a guitarist.  If Bing Crosby described Les Paul’s guitar as  “The greatest sound I have ever heard”, what would he make of this?  The track increases in intensity through the middle section and becomes quite jammy with Tomaselli’s bass lines beginning to take on a pulsating life of their own and the song winds down with a reprise of the magnificent guitar parts and draws to a close.  Brilliant.

The title track follows, it’s very much an atmospheric ambient piece with some lovely tom-tom work by Lombardo and by now you’re beginning to come to terms with the fact that this is becoming an extraordinary record.

“Exuberance” is next and, while I generally eschew reviewing an album track by track, it’s difficult to know how else to approach this record.  It is a seven minute, almost free jazz track possessing  some of the most impressive and tasteful instrumental work on the disc.  The bass in particular is elastic and punchy but all the instruments combine to create a wonderful miasma of spatial soundscapes reminiscent (but only just) of early Praxis.

“Sex Amp” brings things back to the mood of the energetic earlier tracks which by now you had completely forgotten about and it reminds you just how hard these guys can rock.

Speaking of rock, that is the only term I could use to describe this album.  It’s futile to try and categorize it as anything else.  There are elements of jazz, metal, punk, Latin and psychedelia, but it’s impossible to pigeonhole and occupies its own space in the rock universe.

As eclectic as the album is, it’s not like the frantic genre hopping of Naked City or Fantomas and the band stay focussed on the groove they are in at any point in time for the perfect necessary duration.   An extremely difficult  thing for any band to achieve.

I’ve mentioned the performances of Tomaselli and Nestler, but “what about Dave?” I hear you cry!  The drumming on this release is quite different to Slayer of course although there are elements of his work in Fantomas.  It’s a lot more rock oriented and he plays only a four piece kit, however this doesn’t detract from his creativity and innovation and you can immediately identify his style when he plays his brilliant scatter bomb triplet and sixteenth fills.

I’m not going to name any standout tracks but one, as they all stand out in their own right.  My favourite (just) is the utterly superb “Way Down”.

Lombardo deserves a medal for his production work on Harmonic with all the tracks sounding cohesive, energetic and atmospheric, despite the album’s eclectic nature.

There aren’t enough adjectives in the dictionary to describe this album.  The band could easily have made a straight up hard rock album which would have garnered them mainstream airplay or they could have made an inaccessible avant-garde work.  Instead they walk the tightrope between both worlds with aplomb and the record is uncompromising yet catchy and is an absolute credit to all involved.