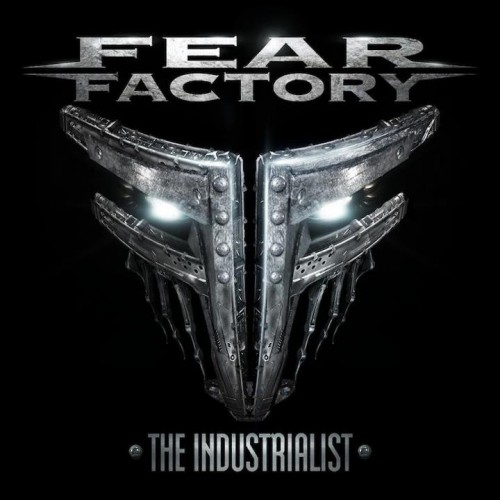 This is album number ten from the Californian industrial metallers (if you count Remanufacture).   Famed for their impossibly fast percussive sound and innovative technological approach, the band has been around for a long time now, so….are they still at the forefront of tech-metal?

They have forgone an actual drummer altogether on The Industrialist, electing instead to utilize a drum machine for all drum parts.  Ostensibly they cite “not wanting to wear out a drummer in the studio” as the reason for this.  Ok, I can live with that, although their touring schedule and the fact that they do have a new drummer in their lineup (Mike Heller) suggests that the drum parts could easily have been performed by him on the album.  But it wasn’t to be.

This record contains all the FF hallmarks.  Super fast drumming (nice job, drum machine), rhythmic chugging guitars, ambient sci-fi soundscapes and vocalist Burton C. Bell roaring and crooning in equal measures.  Yeah.  So does every other album they’ve ever produced.  This work doesn’t add anything meaningful at all to their repertoire.  It sounds very much like they’re just going through the motions because they feel they are obliged to do so.

One of the biggest issues with this album is the electronic drums.  Sure, on previous releases they utilized triggered sounds, but a drummer does more than hit the drums.  An experienced drummer provides invaluable input regarding the rhythms and adds dynamics and feel to any given track, even in this form of technical metal.  The programmed drums have an awfully static sound to them.  There are those horrible “machine gun” snare sounds present  whenever a fill is applied.  It sounds like the damn drum machine I used to program in my bedroom!  The band and producer haven’t properly applied velocity changes to the drum sounds to give them any chance of sounding real.  They’re dry and brittle sounding, and unfortunately the whole album suffers as a result.  None of the material here is faster or more complex than on any previous FF album, and an accomplished metal drummer could quite easily have performed the parts.  If they were hell bent on going completely electronic, I would have much preferred they throw themselves into it wholeheartedly like they did on the dance/experimental album Remanufacture all those years ago, instead of meekly trying to glean the best of both worlds.

The programmed drums aren’t the only problem with this release.   The narrative concept of “man vs. machine” may be a fascinating one, but it sure as hell ain’t when it features as the main concept on every album you’ve ever done !

The ambient futuristic soundscapes are also decidedly tiresome (“Human Augmentation”).   Some go on for way too long and are completely boring causing the listener to quickly skip to the next track, only to find it has an ambient intro!  And when the pummelling metal kicks in…ohhh no, there’s that shitty drum sound again!

The task of judging this album simply on it’s inherent merits or lack thereof would seem a difficult one.  I can’t help but wonder if  The Industrialist might have received the same plaudits as the indispensable classic Demanufacture if it had been released back in 1995 instead of the latter.   The short answer is no.  Demanufacture blew everyone away, not only because an actual DRUMMER was playing those impossibly frantic staccato blasts, but also because the songs were fresh, well written and had undeniable hooks that made you want to scream and mosh along with Burton from start to finish!  The Industrialist is bereft of any of those qualities whatsoever, having replaced them with a drum machine, some extra bleeps and bloops and utter mediocrity.

The guitar riffing is ok but it’s no quicker or tighter than on any previous album and it’s certainly no more imaginative.  Beyond the semi-impressive guitar work I can’t find anything positive to say about this record, which is not only disappointing, it’s sad as Fear Factory were once among the most fascinating and innovative of all metal bands.

Fear Factory….this is by far the worst album you’ve ever released.

2 thoughts on “Fear Factory- The Industrialist”