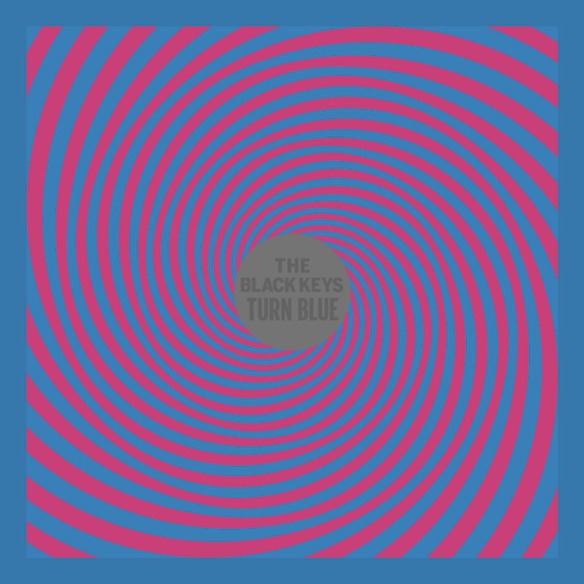 I’m probably not the best person to be reviewing this album for a number of reasons; none more obvious than I’ve never heard a full Black Keys album. Aside from hearing a few radio released tracks here and there and generally only knowing they are American and there’s two of them; that’s it. So coming into it with nothing could make me the worst choice or possibly the best. I have no expectation of Turn Blue and aside from some choice words from Stew; only the vaguest idea of their style of dirty lo-fi blues rock. So after explaining my lack of expertise; does Turn Blue set itself apart from the other eight or so Black Keys offerings?

Is it sacrilege to suggest they sound like stoned Kings Of Leon? Because they do. And if Jack White’s hatred of them is anything to go by, its probably not surprising they sound just like him in some of his outings. But sometimes ‘Turn Blue’ sounds one step more mature than anything The White Stripes ever produced and now since its bitter termination, probably a downright more coherent and polished. A lot of bands get slammed for producing albums that sound a certain way after being better known for others. Take the Red Hot Chili Peppers. Infinitely bagged for ‘Californication’ and ‘One Hot Minute’ after ‘Blood Sugar Sex Magick’; but all strong if not divisive albums in their own rights. Turn Blue is just the same as El Camino. It doesn’t challenge any norms and snuggles so deep within a comfortable doona of pop sensibility most original fans would be horrified to known they have come to be so paint-by-numbers.

The album fails to really hit any sort of stride beyond its lazy first steps with hazy smoke-filled verses cascading over simple beats and occasional piano waterfalls. Up until ‘Fever’ I thought this album was stoner folk with very little to make me think otherwise. ‘Fever’s fuzzed out guitar coupled with the syncopated reggae styled rhythm lifted my attention slightly from the mediocrity of the previous three tracks but honestly, is it lo-fi blue rock? Hardly. ‘Year in Review’ follows this trend with production which I hope was intentionally blunt because I find it hard to believe Danger Mouse could possibly be this lazy. I have a lot of love for Mr Mouse and his many other incarnations none more than his own moniker’s soul influenced lo-fi hip-hop and disco-tinged splendiferousness (ed: not a word). So it leaves me wondering whether his makes this deliberately rubbish because the Black Keys don’t know any better.

Probably the only track really worth hat tipping to is ‘Its Up To You Now’ which is all Stone Roses and filthy: its what I first expected of my Black Keys cherry popping. Dirty, fuzz-boxed wailing guitar leading merrily across driving muted kick drum goodness with such simplicity and confusion it melts the heart of this old cantankerous reviewer. Sadly its only three minutes of musical ejaculatory wonder before returning to the mundane trudging of the final four songs of ‘Turn Blue’. I raised an eyebrow at ’10 Lovers’ before the chorus kicked in, but returned to my keyboard tapping soon after despite its very bitter lyrical content putting to the lower profile marriage breakup it alludes to – rather than the very public and sometimes cringe-worthy breakup Jack White subjected us all to with his sister-cum-secret lover/wife.

Overall Turn Blue is not a wonder to behold and more realistically from what I can tell after El Camino, more of the same. I know it might seem like a novice reviewed this and to a certain degree I will concur; but like a hungover 16-year old prep-queen who realized she accidentally fucked her virginity away on a light-beer swilling quarterback; there’s no going back when it comes to having something undesirable pop your cherry.