In a barely acceptable act of self-indulgence I get to bang on about the albums I rated highest in 2013. Not a bad gig for a verbose music lover like me!
I was lucky enough to have some of my favourite acts put out new material in 2013 and none disappointed. Ranking them in any kind of order is a difficult task akin to choosing my favourite cut of steak or deciding which colour Clinker tastes best.
So I have compiled a list of the albums that most moved me in the past 12 months despite the order being a fluid concept.

As a fervent fan of AIC back in the day, I drifted outside their orbit for a long time until I was pulled back into the band’s vortex after seeing them kick ass at Soundwave with impressive new singer William Duvall. I was moderately impressed with the comeback album ‘Black Gives Way To Blue’ but that was an album that ‘The Devil…’ blows away as far as I’m concerned.
This sounds more like a band than the previous effort. The improved cohesion among the re-modeled unit makes for a much more consistent album. There is plenty of experimentation and musical development yet all the best elements of AIC feature – the vocal harmonies, the catchy soaring choruses, the dark lyric themes and those patented Cantrell riffs. Plus it’s a really cool name for an album 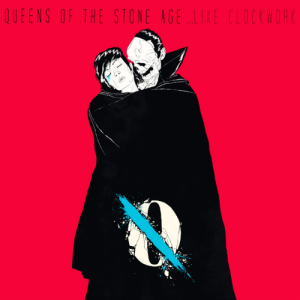 Talk about a much anticipated release… Josh Homme must have felt  pressure to nail it with this album after all the talk that surrounded it in the months leading up to its finally becoming available. For me, as a long-time fan who was not at all enamored with ‘Era Vulgaris’ I was relieved to witness this return to form.
Homme is another artist who does as he pleases and whilst that may not sound like much, it becomes increasingly difficult to stay that course as the stakes increase. And Homme deftly navigates expectation with evolution and he mostly gets it right here.

Like all QOTSA albums for me the highlights are immaculate examples of rock that stand out from the pretenders due to ingenuity and sheer brilliance, but as with its predecessors this album does have some filler. The best bits carry it above the pack and allow it sit proudly alongside some his best work but Josh again drops in some average songs that halt the momentum of the work as a whole.

Yet despite being a little uneven ‘Like Clockwork’ is chock full of enough of Homme’s patented arrogance and swagger, infused with enough of his unmistakable ear for the majesty of restraint and subtlety to make it easily one of the best releases of 2013.

Rosetta’s uncompromising approach their art and their adamant intent to maintain a high level of quality mean they are rarely going to disappoint and they certainly do not here.
This music ticks a lot of boxes for me – hypnotic ambiance building to crushing crescendos of heaviness coupled with a texture that comes from painstakingly constructing each complex slab of sound. Another brilliant release from an underrated act.

This album may very well end up much higher in my estimation given time. Whilst I haven’t really had time to completely digest this latest slab of Russian Circles brilliance I have heard enough to know they remain one of my favourite bands and that this album is another masterpiece.
Their sound is built on layer upon layer of instrumental awesomeness gathered up to form structures so intricate yet robust that they stand like a beacon above an increasingly watered down genre.

Another band that continues to evolve without regard to preconceived notions or outside influences. This is a trio of like minded musicians prepared to challenge themselves artistically and possessing the skills to create their vision, resulting in dense and emotive soundscapes that carry a certain gravitas. Russian Circles’ work is like an endlessly deep ocean to drift along on or plunge deep into depending on your wont.

As a long time Kyuss devotee this whole Kyuss Lives/Vista Chino thing made me nervous, that was until I saw them early in the year at Soundwave. My fears were allayed and my faith in the new incarnation of the stoner rock titans was justified as this album is a corker. So many of the elements of Kyuss are on display here that it is impossible not be drawn in, yet there is enough difference that Vista Chino don’t come off as unoriginal or derivative.

Warm, fuzzed-out rock n roll boasting enough tweaks and twists to keep things interesting along with the kind of riffs that make me tingle with their reverb soaked sleaze.

Foals were a pleasant surprise for me this year. If you described them to me without allowing me to hear them I would likely not consider them my bag and as such I had not paid them any attention – until hearing the track ‘Inhaler’. I was instantly impressed with their unique and slick sound and became a fan of their eminently danceable indie rock. I was super impressed by their performance at Big Day Out even though I was largely unfamiliar with them at that stage, and I was also suitably impressed by their headlining show later in the year.

They are a band with expert control over dynamics and possess a sound that is toe tapping yet slightly off-kilter. ‘Holy Fire’ stands as a remarkably solid and consistent offering all the way through with enough points of difference for me to enjoy but enough accessibility that it doesn’t scare away the house guests like so much of my other favourite sounds.

Man I love The Bronx. Their awesome brand of ‘punk n roll’ has tickled me in the right places since their raw and urgent debut and over the years I have followed their growth with keen interest.
The Bronx are another band that have a distinctive sound and style yet can manage to cram a remarkable amount of differentiation within their bubble. Each album has seen an increase in polish and accessibility to the point where this album is loaded with rollicking tunes that ease up on the aggression but still overflow with energy and lay the good times down thick & fast.

The band’s bouncy catchiness and irreverent nature belie the fact that this is a group of brilliant writers and performers who can stand alongside any players in the game. And as a live act they have very few peers (but more about that soon).

Defeater are at the apex of the new crop of hardcore bands that have emerged over the last decade or so. This album represents the final installment of releases built around a narrative following an American families’ struggles in the aftermath of World War II.

Each of their previous albums has seen the band’s sound grow as they matured as songwriters and musicians, and ‘Letters Home’ takes Defeater to a new level. They upped the ante in the heaviness stakes considerably and the passion and aggression oozing from this bunch of songs is palpable. There is much more power and immediacy carrying a gripping anger and emotion that permeates the music making it all the more affecting. There is weight behind these songs and the delivery has more than a few metal aspects in the mix.  Defeater definitely forsake some of their melodic tendencies on this album but it feels like a natural progression toward an unavoidable climax.

Their improved chops musically and lyrically manifests in some nifty wrinkles in their sound and consistently intelligent writing across the album, everything goes up a notch or two here. ‘Letter Home’ is a fantastic piece of art that gives me hope for the shape of punk to come.

2) THE DILLINGER ESCAPE PLAN-  ONE OF US IS THE KILLER 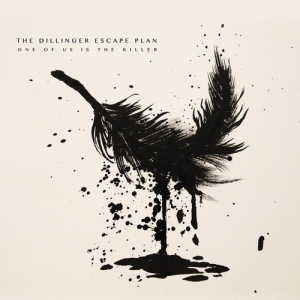 DEP continue to do whatever the fuck they like and the results continue to surprise and impress. As a band who made their name on the back of their confronting sound, astonishing technical proficiency and insanely intense live performances, they have consistently pushed the envelope artistically with little regard for the reception the results receive.

The mental-screamy-abrasiveness to melody-accessibility-catchiness ratio continues to hold steady over the last few albums and the more straight-up songs on ‘One Of Is The Killer’ are actually the highlights. The title track in particular is a corker but the whole album is a another wild ride on the back of the angry bronco that is DEP.

I love this band, they make music I find so all-encompassing it could make me astral travel. I marvel at the output of this Swedish orchestra of darkness. They continue to evolve and stay at the forefront of a musical niche they have continually redefined for over 15 years.

Relative to the bands brilliant back catalogue the differences here are mostly subtle, the work is instantly identifiable as CoL but definite differences mean that it stands apart from their previous output. The sound here is more linear and focused, the increased prominence of the electronic elements coupled with the continued disregard for standard song structure mean Vertikal sounds fresh and exciting even on repeated listens. Sometimes sounding more immediate and straight forward until it is accessed more deeply this is music so layered and dense that it takes many, many listens to reveal its idiosyncrasies. I am still finding new wrinkles in Vertikal after countless spins.

The Ocean- Pelagial
Tesseract- Altered State
Red Fang-  Whales And Leeches
Intronaut-  Habitual Levitations (Instilling Words with Tones)
Buckethead- The guitar maestro is as prolific as he is bizarre and released 29 albums in 2013.  Don’t ask me if they’re any good, I can’t take him seriously enough to listen whilst he has a KFC bucket on his head. Irrationally judgmental I know but there it is.

Katy Perry– Prism.  Literally a biohazard
Daft Punk– Random Access Memories.  The hype-adoration to quality ratio is way out of whack to these ears.
Billy Joe Armstrong & Norah Jones– Foreverly.  A real friend would have told them no.
Black Flag– What The…  Okay so the album isn’t actually out yet but…