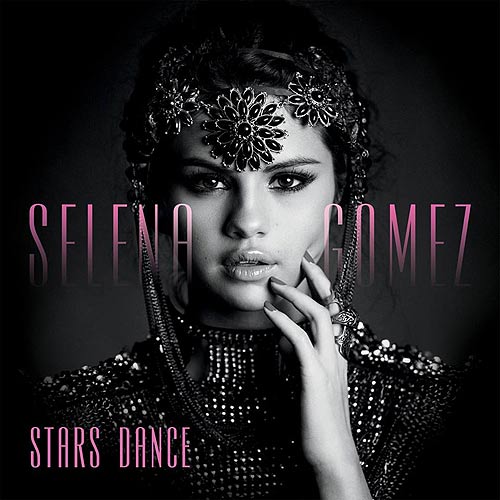 The songs that Rihanna rejects are what makes Selena Gomez the pest. That’s my tagline on this review. It feels like Rhianna, sounds like Rhianna, and will cop a beating like Rhianna. Give it time. The one-time Disney whoress Selena Gomez, not satisfied with blocking our TV and movie screens with her obnoxious cuteness, has now set her sights on the wider airwaves as well. Sure, sure; this is her fourth album so far, but the others with her backup band ‘The Scene’ were silent and forgettable enough nobody even noticed when she left High School Musical. Well get prepared for an assault on your ears, your sensibilities and your tolerance levels on this one, trust me. I can feel this will be one of those abused albums already.

Gomez quotes the album being “Inspired by artists such as Britney Spears and Skrillex” – Really? Bottom of the barrel of influence not low enough for you Selena? Surely name dropping a piece of trailer trash and a brostep likewhore are poor form. Goes to show what a young twenty-something pop princess aspires to. “I want money, and fame, and drug addictions, and disappearing into obscurity, and those awesome horn-rimmed glasses and long black hair shaved on one side…” um yeah. Cool. You do that Selena. I’ll see you in the bargain bin in a couple of weeks.

If this is the only album you buy this year; you’re a fucking idiot. Seriously, I mean it. With all the other awesome music being produced out there right now, dropping 30 bucks (or so) on this piece of shit should be a condition of the federal government’s new policy on Asylum seekers. “If you buy this album, you will NOT be settled in Australia.” Period.

Dubstep, Trap, Soca, Dancehall, Techno, homogeny, immaturity, teen singing, inane lyrics and The Cataracs. It starts at the back, goes nowhere and evidently ends further back than it started. Its like a racehorse that’s 100:1 to win, but out of the gates it breaks a leg, shits itself, collapses in a heap before being shot and sold for glue. There’s no less than 46 writers on this album. Yeah that’s right, no mistake; 46. The Cataracts are really to be blamed for this one, as they really only produced/wrote one song and its by far the best track. ‘Slow Down’ is the song people will say most represents the album’s most techno driven roots. After previous Cataracs productions on brilliant club tracks like Far East Movement’s ‘Like a G6’ which I have a guilty pleasure for using in sets, you would think it had club cred. But this song will not be making it into *any* mix I put together and I normally am guilty of dropping what people want but this goes in my ‘Taylor Swift punch in the face’ category.

And what’s with the lyrics? “It’s a big bad world but I ain’t ashamed, I like the lights in my hand and beat in my face” excuse me? What the fuck does that even mean?! This album is filled with lyrics that feel like they were spat out by a computer which compiled the top 100 words people like hearing in pop songs but somewhere along the lines, the computer melted down and is in serious need of a reboot; or a decommissioning. It has more production to it than Jay Z’s latest, but with even less substance. It sounds like Skrillex, Aviici and some other overproducer were contracted to write the next 15 songs for the next 15 Disney films; no joke. “I can make the stars dance” – I think the stars are squirming just like the rest of us Selena. If Disney made pornos, this is what they would sound like.