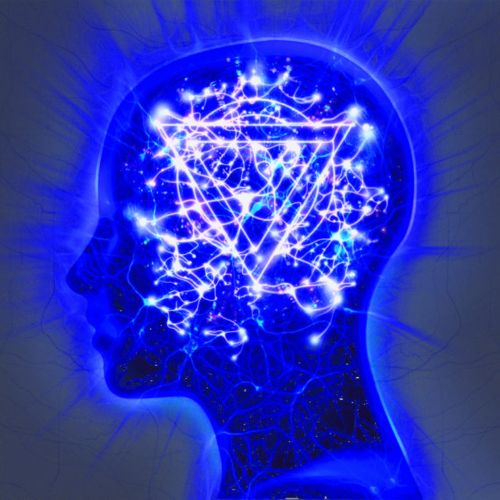 Enter Shikari are not known for putting together very cohesive records, often drifting from theme to theme without any real direction and part of the charm of their albums is this chaos. So what happens when they do find some sort of order in their albums? Will it add or subtract from their disorderly musical conduct? The Mindsweep is that very album.

Having been around for over a decade now, the British foursome are no longer upstart newcomers and their trademark electronicore political scream has never really been duplicated, which made them a force to be reckoned with. Couple this uniqueness with the vitriolic and sometime absurdly brilliant snarkiness of lead singer Rou Reynolds, and Enter Shikari were by far some of the darlings of the British post-hardcore underground. Mindsweep hasn’t changed that overall theme or societal disgust and passion, but where once there was delightful cacophonic chaos, now resides an almost resolute sonic order. Lead guitarist Rory Clewlow and bassist Chris Batten have laid down some of the best melodic soundscapes to be violently punctuated by Reynold’s lyrical explosions we’ve seen in any Enter Shikari album before and aside from one or two aberrations railing against this fusion; this is their best attempt by far. But lets not forget the wonderful ‘Rush-y’ drumming from Rob Rolfe who really performs the spinal rigidity of this densely strong album. In isolation I think this rivals some of the most complex drumming of heard, especially on tracks like ‘The Bank of England’.

Previous albums haven’t shied away from the more touching and poignant stuff I would expect from bands such as Coldplay (shock horror!) and edging towards the quieter moments Bloc Party made their own during their tenderer years. Again ‘The Mindsweep’ dabbles decisively into this territory and doesn’t feel contrite or played out in the landscape of the album’s production. The maturity in production is clear with Reynolds showing a much more mature attention to detail for which the album really benefits.

Stand out tracks are by far ‘Anaesthetist’ and ‘Never Let Go of the Microscope’ for vastly different reasons. ‘Anaesthetist’ is an incredible electronically punctuated attack on the UK government for their attempts to privatise the National Health Service and doesn’t hold back one bit; but knowing previous Reynolds diatribes, why should it? ‘Never Let go of the Microscope’ is Enter Shikari as we know them; raw, society slamming, political diatribe screaming goodness. Welcome back boys.

There are a couple of flaws in the album, most notably the topping and tailing of the record with two tracks that feel a little forced in the general driven nature of the album. I understand why they are there, but as a whole album, they really don’t have the same impact as other album bookend tracks. Conversely, those who spend the time to listen to The Mindsweep in its entirety get to hear one of the most thoughtful tracks I think you’ll ever hear from Enter Shikari. ‘Dear Future Historians’ has to be heard to be believed, but its almost like a punk rocker had a baby and his world view changed or something because it could be called an aberration if not for the starkly worded social thoughts Reynolds has penned for it. Listen for yourself and let me know what you think.

Overall this is Enter Shikari at its best. Although it’s not the album I would necessarily introduce a new potential fan to, it’s by far their best album for long-time fans to date and deserves the praise it’s currently receiving. The future months will tell as they take it out on tour, but I’m calling it now.- this is in the top ten albums of 2015 and I predict one of the best live shows Australia will see this year.

***PURE UNBRIDLED EXPLOSIONS OF THE VOICEBOX***