Regulars to this blog and any of my previous writing will know I have a thing for David Guetta. Not in the way you might think but more in a ‘his hair will spawn the anti-christ’ kinda way and his music will ‘bring about the demise of human civilisation’ kinda way so I’m sure you would expect this review to only go one of one ways. Yet being the moderate writer that I am (jokes) I feel it’s only fitting to give me a crack at Guetta’s latest offering for the music world, ‘Listen’. And what off this glistening offering to the gods of music reviewing? Allow me to disdain… 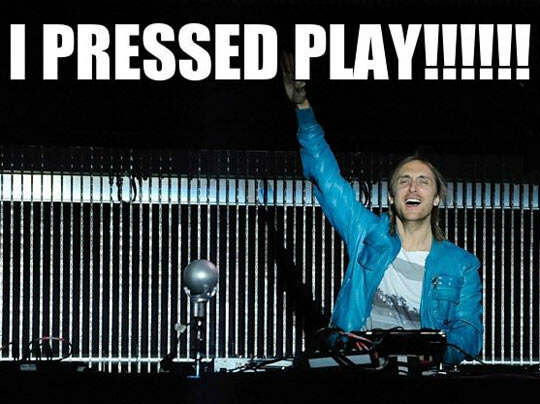 Look, lets get it over with right now. I think this has some merit. In some ways. But no more, in many, many other ways. Guetta has a way of rubbing me the wrong way and I’m still not sure exactly what it is, but he does. I pick on his hair, but really I think its his Johnny come lately attitude towards dance music which really pisses me of. I’d call it IDM but its always missing the ‘I’ in it which probably makes it closer to RDM. I’ll let you decide what the ‘r’ stands for. From the moment you load up ‘Listen’, I challenge anyone to not want to turn it off early. Probably the first three quarters of the album is drivel; just pure generic club masturbating house drivel. Its not until he drops his pathetic version of replicating Trap that the albums has a slight glimmer of hope. Yeah sure, its Nicki Minaj rapping and singing, but its really Afrojack’s influence in the track which brings it from a zero to a one. Alas, the drivel of boring house cliché sounds and samples tries it hardest to re-invade the structure of the track and then; for its own sake; it takes its own musical life after barely 3 minutes.

There is the ubiquitous Sia track in the mix there, and while I love her sound in many ways, its no titanium and it barely hits the heights of her other work with EDM artists in general. Other nice additions to the roster come in the form of voices such as Bebe Rexha whom almost make you think its more Rudimental than Guetta. “Fuck that” says Guetta, “I better drop some shitty Avicii copy beats with no substance. Yeah that’s better – nobody will like it if its not house.” FFS…

And on Avicii, its obvious Guetta still pines for the industry heads approval much in the same way Avicii did. The big difference is that Swedish kid Avicii actually pulled it off with his debut ‘True’ making this album from Guetta just a terrible, terrible misanthropic chimera. Yet Avicii grabbed some very interesting choices in collaborators for ‘True’ in people such as Aloe Blacc, Nile Rogers and Mike Shinoda (yes, THAT Mike Shinoda…) Guetta has butt implants Minaj, The fucking Script and Fucking Ryan Tedder for total fucks sake. I know, I know, he has got Ladysmith Black Mombazo and Sia but surely this is purely because he has eaten their souls or something. 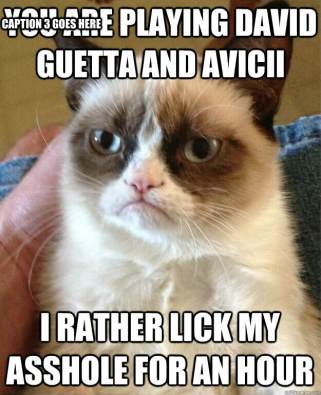 I could honestly rag on this album all day but I will move onto bigger and better things; and because I need to do a shit. I will promise to wipe my arse with a CD and cover and send it to Guetta for wasting my time – I’ll just make sure I copyright my butt birthing first so he can’t plagiarise it for his next album; such is the life of soul sucking RDM hair demon slayer.