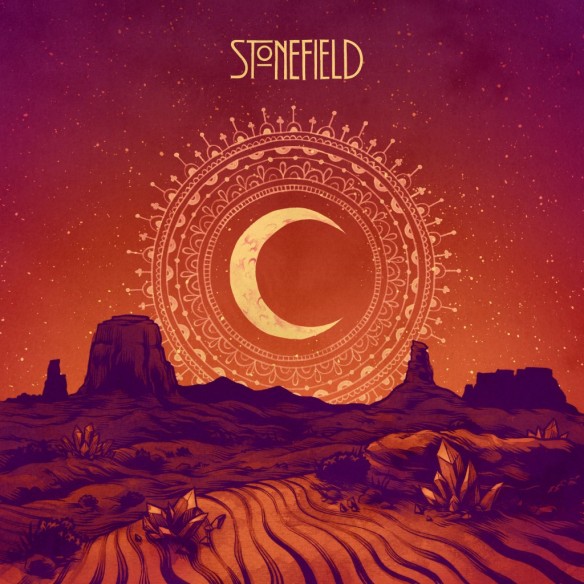 “Hey there sugar with your eyes so blue, ridin’ around in your red HQ!”.  Haha, those lyrics… they warm the cockles of my rural Aussie heart!

After releasing a couple of well received EPs, the four Findlay siblings and best known band from the tiny rural town of Darraweit Guim if you can believe it, have finally launched their debut album.

Sometimes unfairly dismissed as a hippie novelty or worse, a girly version of Wolfmother, the band make no secret of their musical upbringings, having been raised on a steady diet of “classic rock”, for want of a better term, and the material within the grooves of this eponymous effort contains few surprises in terms of style.  What it does contain however are an obvious and endearing enthusiasm… and hooks.  The songs & melodies aren’t just infectious, they’re virtually pandemic!

On first listen, this album seems a little simplistic, some of the song structures and riffs are slightly obtuse and straight out of the AC/DC/Zep/Cream handbook, however further inspection reveals an inherent instinct for effective build-up and crescendo and a penchant for rhythmic exploration as exemplified by the 11/8 meter employed in “House of the Lonely”.

Hannah’s rock-solid & straightforward guitar riffs are given extra weight by Sarah’s ubiquitous Hammond organ, which at times give the album a crunching, fuzzed-out power, reminiscent of criminally underrated Aussie act Legends of Motorsport.  The overall sound is given further support by the pure vocal harmonies and primal, pounding rhythms.
It’s a refreshing and addictive sonic direction that flies in the face of current rock norms.  So many bands have forgotten (or never knew) what rock and roll is really about, lost in a sea of sub-genres ending in “core” and obsessing over breakdowns, tattooed & swept fringed imagery & ridiculously over-syllabised band names.  This album brushes such banality aside in one fell swoop.  Rock is well and truly alive & kicking in Australia and Stonefield is at the forefront.

The music at times reaches a fearsome ascendency, driven by the primal grooves, soaring vocals and the addition of The Melbourne Gospel Choir.
I don’t wish to provoke any sibling rivalry within the group, but Amy’s vocals are the hero of the record (not to mention her drumming).  She possesses a powerful, effusive voice that assumes a huge presence and belies her diminutive figure.  Close your eyes and the glorious phantasm manifests itself between your speakers…

Standout tracks include “To Whom it May Concern”, “Love You Deserve” and the epic closing track “Keep On Rollin'”; these songs will move you and their magnificent soaring crescendos totally contravene their rudimentary construction… especially “Love You Deserve”… standout track on the disc for mine.

While not an immediately obvious comparison, Stonefield remind me of Silverchair around the time of their debut ‘Frogstomp’.  Both extremely young bands, winners of TripleJ’s Unearthed competition, and releasers of youthfully gawkish yet undeniably strong debut albums which hint at a most promising future.

This release is something much more special than a mere debut album. It’s a rock solid foundation for the band to launch their career from and it proves beyond any doubt that they’re the real deal.  With improving instrumental and compositional prowess, not to mention their relentless touring schedule, Stonefield could well have Australia and indeed the world at their feet.