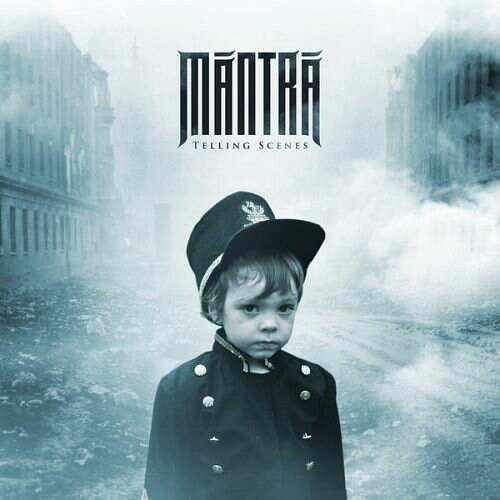 Mr Rob Tremlett is back again under the moniker of Mantra. After the ill-fated but criminally underrated Illzilla, all the remaining artists went out on their own. Mantra is by far the most popular of the illzilla breakers, with Mista Savona being the only other of any recent note. The third album by Mantra, Telling Scenes, is by far his best and perfects a formula he started way back when.

This is a more politically and socially conscious album for Mantra, which harks back to the Illzilla days, but I think he’s gotten smarter about how to write them with a message but less misguided anger. It’s a smarter album than ‘Power of the Spoken’ and ‘Speaking Volumes’ but still retains a lot of the better parts of both. Back for another round is the one and only Looptroop Rocker Promoe alongside another mainstay of Mantra’s, Grey Ghost aka Jeremedy. This is probably the first track which is exciting and takes one of the bounciest reggae sounds twisted together with the tightest ragamuffin verses from Promoe and Jeremedy.

Similarly, the politics doesn’t let up for a couple of songs more through ‘The Fear’ and ‘Quicksilver’, telling tales of war torn realities and the cost of children’s involvement in conflict. This is a bit of a theme across the album, with other later tracks such as ‘Break Tradition’ painting pictures of children and their view of domestic violence. Probably the first time in the album you get a slight bit of respite is ‘Loudmouth’ which is a cheeky look at a young Mantra growing up and being told he would never amount to anything. It’s a bit of a jarring track considering the overall theme and feel of the album, with the song coming off more like a Drapht “banger” than your typical Mantra diatribe.

But guests make this release. Aside from Jeremedy and Promoe, other notables include a track featuring the sweet sounds of Cisco Tavares (another regular), Simone Page Jones sounding like a angel and a very special appearance by Tom Thum aka Tommy Illfigga aka Mr Thomas Horn, our latest threat to the throne of Beatbox champion Rahzel. Tommy is always a breath of fresh air and this writer is predicting a truly bright future for that young man. Even a couple of years ago watching him in sweaty Brisbane clubs under the duo of Crate Creeps with DJ Butcher, Tommy showed such promise. Only time will tell I guess.

For sure Mantra has an incredible way with words, and he forms 16s with such ease and spits deft lines across every track. Its worth listening to this album more than a few times over and over just so you get the depth and creativity of his writing. Mantra’s not that old, but his words and voice project the entire lifetime of an old man and leave you wanting for more.

This is another collection of Mantra classics. They won’t break trends, they won’t break records but they will break opinion. Opinions of what Australian hip-hop can be made of, what it can represent and what it can strive for; regardless of the lack of money, wider music industry support and the rise of bogan rap. Keep on keeping on Rob, We’ll be right here. Hands in the air like we just don’t care.