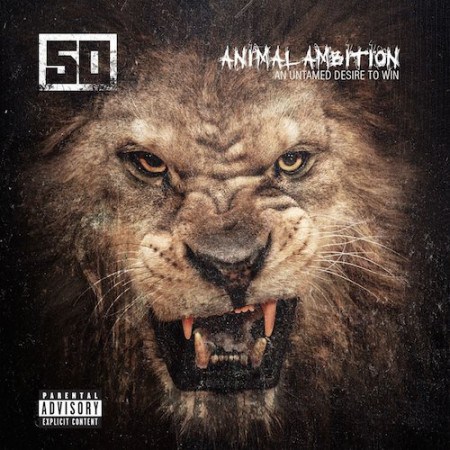 Do you remember Curtis Jackson? Back before Waka Flocka Flame and Young Jeezy took incomprehensible rapping to mean dollar signs and before getting shot at was a sport there was a dude with a story more inflated fiction than solid fact. Shot nine times and left to die and a protégé of a protégé of one the pioneers of West coast rap, 50 Cent was big enough to spawn himself a quite playable videogame alongside his highly popular ‘Get Rich or Die Tryin’ debut and infamous club shootings persona. But nearly ten years later, what does he do now? Surely he has made enough coin to get him into some mediocre mansion or have him perpetually sitting in the producer’s chair stealing lesser rapper’s income. Enter ‘Animal Ambition’, the fifth and most likely not the last attempt Jackson makes to remind us that the gangsta never leaves the man despite the Gucci manbags doused in Cristal.